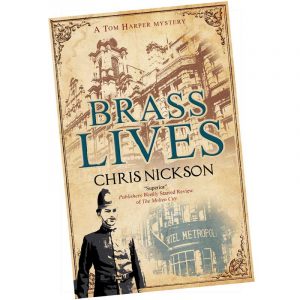 Leeds. June, 1913. Tom Harper has risen to become Deputy Chief Constable, and the promotion brings endless meetings, paperwork, and more responsibilities. But his attention is jarred a letter arrives from police in New York: Davey Mullen, an American gangster born in Leeds, is on his way home fleeing a bloody gang war.

Mullen’s arrival triggers a series of chilling events in the city. Is he responsible for the sudden surge in crime, violence and murder on Leeds’s streets? Tom has to become a real copper again and hunt down a cold-blooded killer, even as his world starts to crack apart at home.

Chris Nickson was born and raised in Leeds, and after many years away, now lives here again. He’s the author of 25 historical crime novels set here, ranging from the 1730s to the 1950s.

If you can please reserve and buy from a local book store.